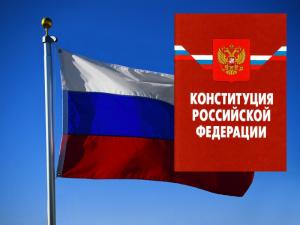 Important for Russia day we celebrate on December 12. It is connected with the most important state document – by the Constitution. It was adopted in 1993, and since that day, the 11th of December was the Day of the Constitution. Before that such documents have already been taken in 1918 in the RSFSR and in 1924, the USSR. The first Constitution of the USSR secured the victory of the socialists. Later came two more of the Constitution, 1936 and 1977, the last operated until the collapse of the Soviet Union. By the way, Constitution Day was originally a day off, but in 2005 the government of this tradition was eradicated by adopting amendments to the Labour code.

The document, the importance of which is celebrated in this festival, is the principal state. The Constitution defines the content and meaning of all other laws, in addition, this document – the core of Russia's legal system, the Foundation of democratic development of the state. Constitution – this is the code of laws, which shall know every Russian. To achieve this, the Day of the Constitution of the host related events. About the features of the main law of the country and taught in schools and even kindergartens, conduct various presentations. Not uncommon in this holiday various concerts and meetings with politicians. All these events remind citizens that the Constitution is a solid Foundation for the development of our democratic society.

In addition to the contents of this document, it is necessary to recall the fact, what looks like the main law of the country. The first copy of the Constitution – book bound in red leather on the cover with gold embossed inscription “the Constitution of the Russian Federation” and is lined with a silver emblem. On this edition of traditionally bring their oaths newly minted head of state.

Therefore, Constitution Day – date is really important. On this day you can devote time to their children's education and just drink for democracy. 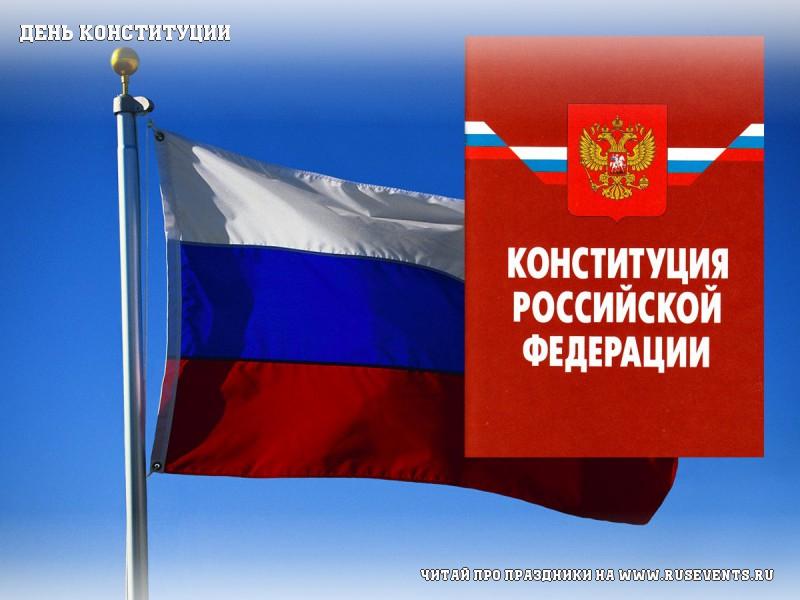