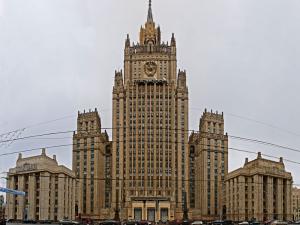 Day diplomatic employee, which falls on February 10, was established by the decree of the President of the Russian Federation dated October 31, 2002. The earliest mention of the basis of the foreign Ministry of Russia ’ s Embassy order, falls in 1549, which explains the choice of this date. By order of Ivan the terrible "the Embassy affair" led "the Duma clerk" Ivan Mikhailovich Viskovatyi, most educated people of that time.

The formation of the ancient Russian state, from the ninth century, who took active part as a subject of international relations, contributed to the emergence of Russian diplomacy. The direction of the Russian Embassy in the Byzantine Empire in 838 was the beginning of the establishment of diplomatic relations with Constantinople. In the year 860 with Byzantium was concluded a historic agreement "About the world and love", the first in a series of similar ones. His signing meant the recognition of Russia on the international arena.
An extensive network of permanent representatives of the Russian state abroad was created during the reign of Peter I, which transformed the ambassadorial Department in the College of foreign Affairs. Already during the reign of Alexander I in 1802, was created the Ministry of foreign Affairs. The newly formed office has assumed major responsibilities of the Board. Foreign Minister had high status and after the Emperor was considered to be the second person in the state.

The October revolution marked the beginning of the base of the NCID. It is the people's Commissariat of the Soviet Russia is obliged output from political isolation and recognition of its subject of international relations.

And in the war years of 1941-1945, and in the difficult post-war period, and in the years of perestroika Russian diplomacy worked tirelessly for the good of our country, helping to keep our country a significant place on the world stage. Defending the interests of our state, helping to preserve peace and prosperity.

The profession of a diplomat enjoys high public recognition, as evidenced by the very existence of this holiday. Recognition of the diplomatic corps as an important component of the Russian statehood was highlighted by the decision of the President established this Day. 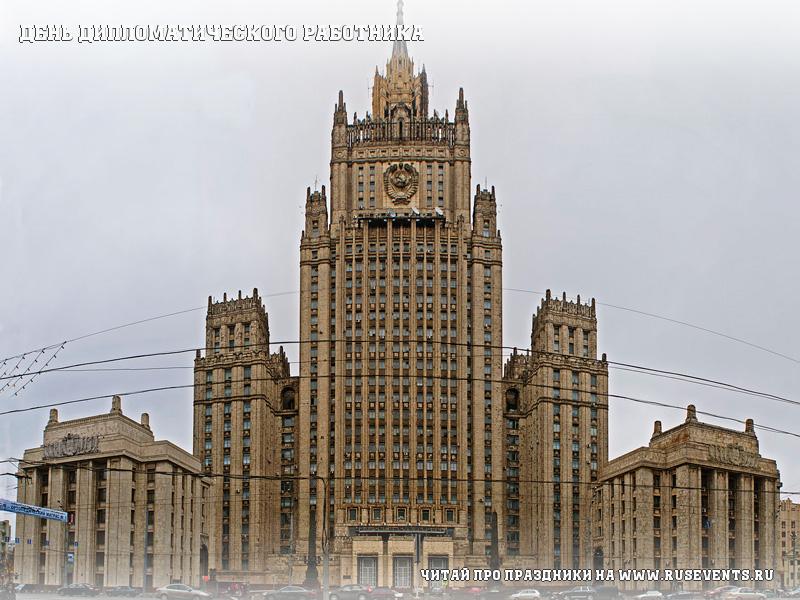