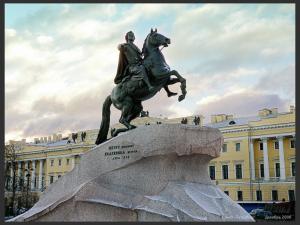 For the first time in the history of the Swedish fleet was defeated. It happened at Cape Gangut in the battle of the sea of the armed forces. On the Baltic sea Russian fleet consisted of sailing and galley ships. Unlike sailing ships, galleys could go now, not only sailing, but on the oars.
Our rowing fleet was preparing for landing on the Finnish coast. The Swedes tried to block our vehicles, but the calm of the Gulf of Finland made a horrific Swedish court completely helpless. Taking advantage of this situation, the Russian galleys broke the Swedish blockade.

Already in the morning, Russian galleys discovered squadron Swedes near the Western coast of the Peninsula of Hanko. Surrounded her, and thereby cut off the enemy from the main forces. Broke a bloody battle.

9 numbers in August 1714, our troops captured 10 of the Swedish courts. The Swedes lost their 361 350 people Swedish sailors were wounded. 237 people were taken by Russian galleys captured.

Along with this, the Russians lost 124 people. The wounded were 342 people.

Petersburg solemnly met the heroes of Gangut. Thousands of citizens took to the embankments of the Neva river, meeting of the victorious Russian ships and captured the Swedish court. Above the city rang artillery volleys. 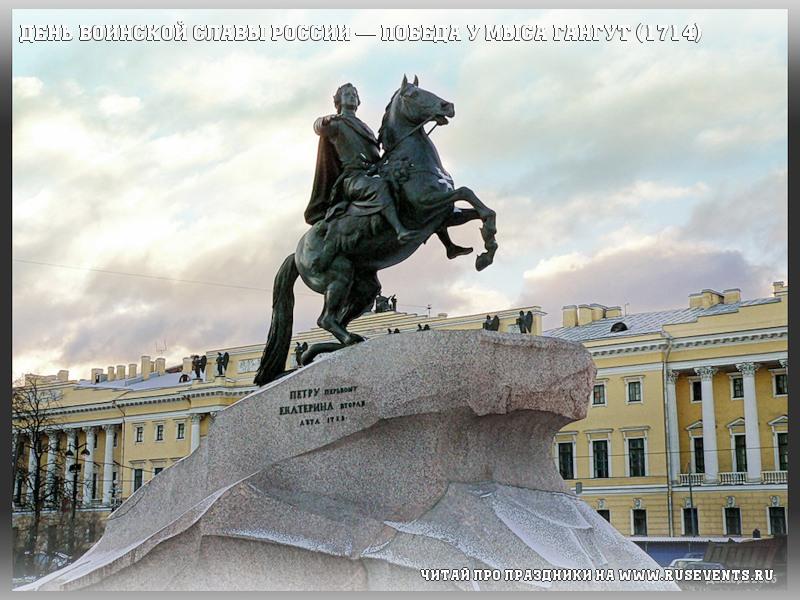