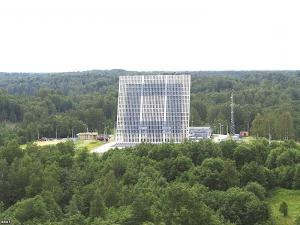 Many in childhood dreamed of becoming astronauts and to surf the vast outer space. Some managed to connect with the cosmos his life in practice. Each year on 4 October, as part of world space week, these people celebrate their professional holiday – the Day of the space forces of the Russian Federation.

Modern space forces consist of several units, the priorities of which are space exploration and communications, missile and space defense, and special logistics services. Professional space forces Day is celebrated in Russia since 2006, previously, this date was the official Day of military space forces Day and strategic missile forces.

The main objectives of the space forces are providing and direct holding of rocket vehicles and spacecraft, the management of their flights. The cosmic potential of Russia is directly connected with the military, government, socio-economic and scientific-technical interests of our country and international organizations.

October 4 was chosen for the celebration of space day is no coincidence. On this day in 1957, the launch of "the Baikonur" was launched first in the history of mankind, the Earth satellite artificial origin. For 92 days of their work in orbit, the satellite had to fly around the world 1440 times, i.e., to travel the length of 60 million kilometers. January 4, 1958 the mission of the satellite ended, and he fired, passing through the dense layers of the atmosphere. It is since the launch of the first space satellite began chronology in world space and a new era in the history of mankind – the era of many discoveries and exploration of the vast cosmic distances.

This event went down in history not only for our country but for all mankind. In 1999, a special resolution of the UN week from 4 to 10 October, received the status of space Week in order to remind about the huge contribution that makes space science and technology in the development and enhancement of the welfare of the Earth.