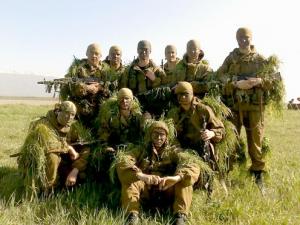 It's a holiday that celebrates truly heroic units, was established by the President of the Russian Federation in 2006.

The history of these parts of the spetsnaz begins with 1918 – the moment of creation, the so-called CHON (special forces) designed for counter-insurgency in Russia and in view of the Central Asia. Then they basically have the Cheka (all-Russian extraordinary Commission). And after October 24, 1950, by Directive of the Minister of war of the USSR A. M. Vasilevsky was formed mouth 46 special purpose. Over time, the structure and composition of the spetsnaz has changed several times, but its purpose is, in fact, always remained one. Today it is the military forces of the interior Ministry, defense Ministry, the FSB, the Ministry of justice and other authorities of the Russian Federation (group groups), which have their names – it ’Russia", "knight", "alpha", "banner". Their purpose - to track down and arrest dangerous criminals, the elimination of criminal groups, the release of hostages and other counter-terrorism operations. A small unit it has excellent training, suddenness, speed, consistency, the ability to use weapons and military equipment, orientation on the terrain, regardless of the time of day and weather conditions. You can only imagine how much these brave and heroic people saved innocent people!

With their professional holiday, the day of special forces! 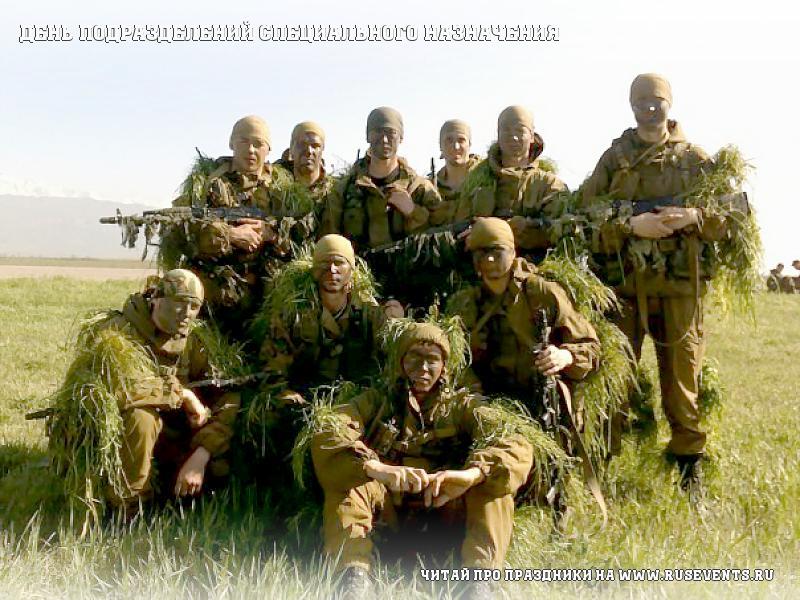