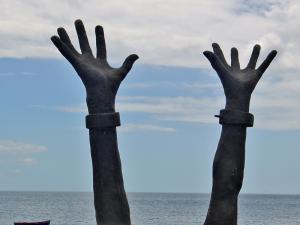 Nearly seven decades ago, on December 2 General Assembly of the UN accepted the Convention on fight against human trafficking. Considering the active growth of cases of absorption in slavery, human trafficking, representatives of human rights funds and the UN express concern on process and look for really effective mechanisms of its positive decision. In 1807 the slaveholding system in all colonies of Britain was forbidden. In 1861 – in the Imperial empire officially cancelled serfdom. For a year later – the president Abraham Lincoln it is forbidden to use people as goods. Unfortunately, during information technologies ownership of people of other persons so didn't manage to be eradicated completely.

Now even more often bring up a question of new types of bondage – physically complex, unsafe, unpaid work, human trafficking, social discrimination, sexual exploitation, recruitment of children for participation in wars, poverty. The most sharply modern nevolnichestvo is shown in traditions of theft of girls for a further marriage without consent, transfer of widows by inheritance. In view of data for 2016, more than 21 million people live in bondage worldwide.

Annually in the second day of winter peaceful actions of memory are carried out, the people kidnapped in servitude are remembered, meetings, with experienced oppression are arranged, massive information campaigns with a bias in the territory with the military conflicts, a high rate of poverty are developed. 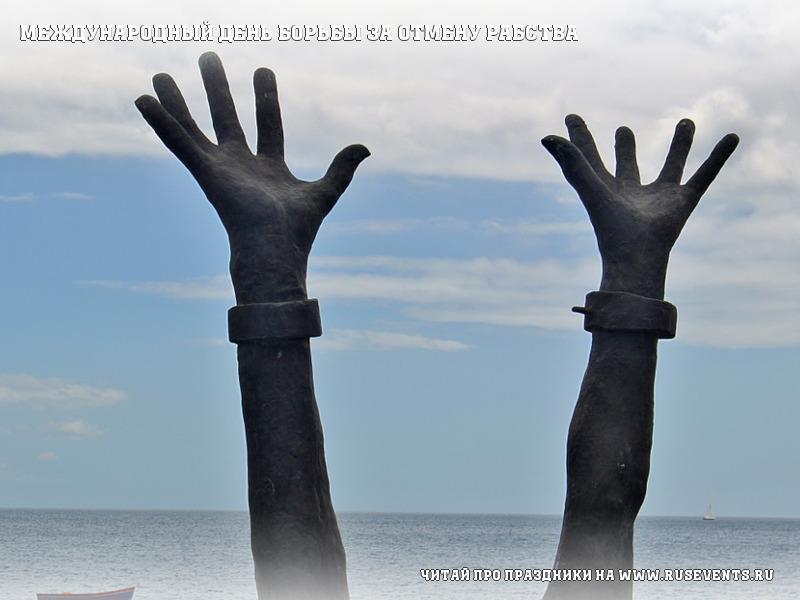