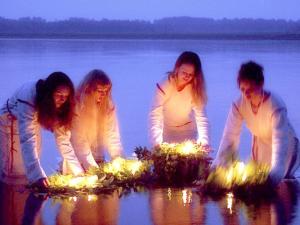 The holiday of Ivan Kupala is one of the main calendar of the Slavs, it coincides with the birth of John the Baptist and in the time span noted from the Carpathian mountains to the North of Russia. During the night of 6 to 7 July Slavic tribes celebrated this mysterious, mystical and simultaneously hilarious and riotous celebration of green mowing, the maturity of the summer and the Sun.

Pouring water in John's day was a national custom, but at the same time, the peasants believed that bathing is dangerous, because the birthday — water, does not tolerate people coming in his Kingdom, could drown any careless.

The main feature of the Midsummer nights were traditional cleansing fires around them danced, jumped through them. In some areas to protect from the plague through the fire cattle were driven home. In Midsummer bonfires mothers were burnt captured with ailing children underwear to with him burned and disease. Young, naprygavshis through fires, played in the burner.

According to popular belief in the shortest of the year Midsummer night can not sleep, to dream not to be attacked by evil forces.

The grass, gathered in John's day, was considered the most healing, they fumigated the sick, they fought with evil spirits, used to incite passion.

And at midnight on Midsummer's day the people went in search of flowers fern, according to legend drop-down for a few moments. Believed that with their help you can see all the treasures, as if deep in the ground they were not buried.

In pre-revolutionary Russia holiday of Ivan Kupala belonged to the most important and revered holidays. In his celebration was attended by the entire population, and by tradition, each participant had to go through all the ceremonies and be sure to follow the rules, taboos and customs.

At the present time this holiday very much like to celebrate children and young people, pouring water from a plastic bottle itself and all the people around. 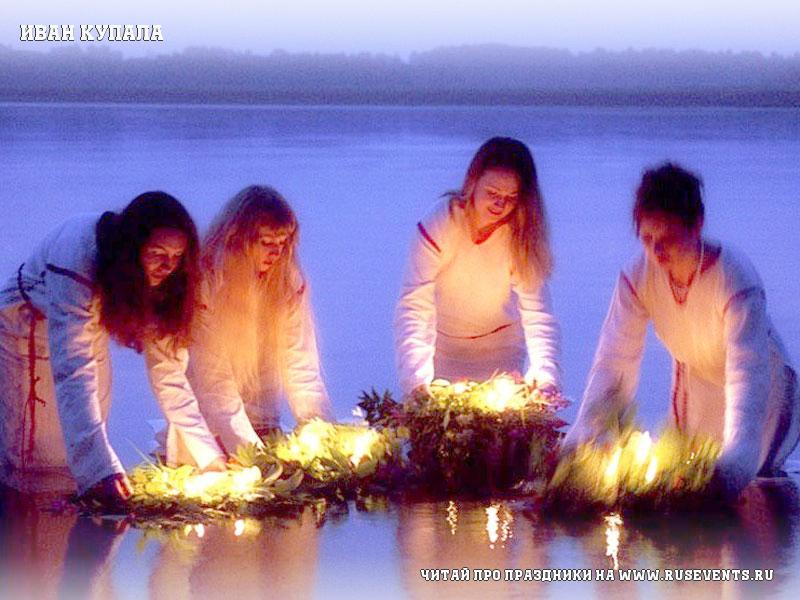