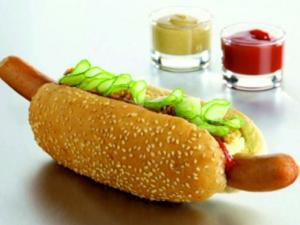 Who are some options origin of the word "hot dog." For example, long and thin sausage can be compared to a taxi. Hence the name, which literally translates as "hot dog." For the first time this title was published in the New York Herald newspaper in 1934. According to another version, students at Yale University called vans, who sold hot dogs, "dog wagons". As the smell of meat constantly attracted stray dogs.

According to one of the oldest versions of the sausage Dachshund (fee) sold the Frankfurt butcher. And the first sandwich - "Frankfurter", was produced in 1487 in Germany.

Mass production of hot dogs in the United States launched the entrepreneur Charles Feltman. And already in 1910, "the empire snack" had a budget of about $ 1 million!

Classic turn-dog with sausage often dressed salads, sauces, mustard or ketchup. Additionally, sandwich often contains cheese, vegetables, veal, or pork. Gained popularity hotdogs with apples and crabs.
Despite the warnings of doctors, hot dogs are one of the favorite snacks of adults and children around the world, including in Russia. This sandwich is multifunctional: you can sell it anywhere, it's pretty rich, convenient to take on the road or eating on the go. 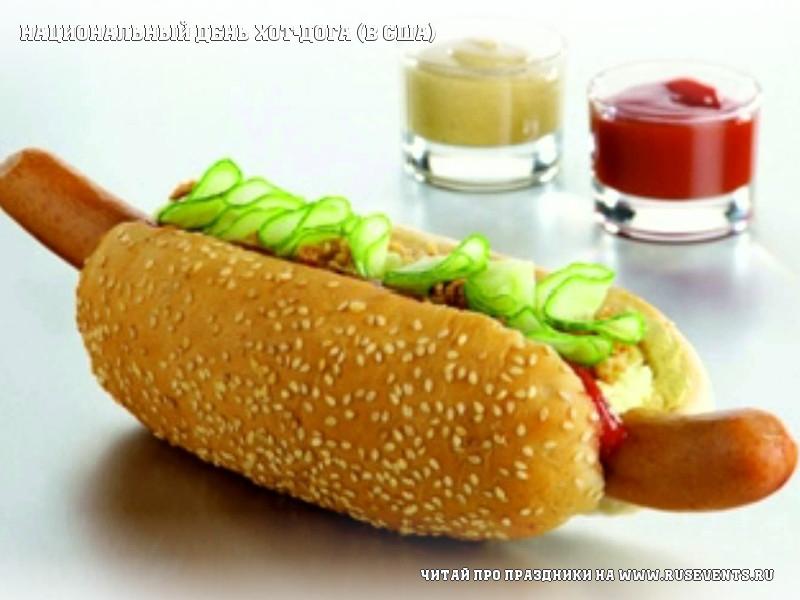