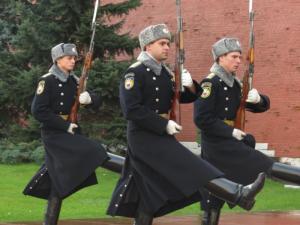 In 1918, from March to September, the Moscow Kremlin, which became the residence of the young Soviet government, guarded the Latvian Riflemen. In this position, the shooters were replaced by the 1st Moscow machine-gun courses.

In the autumn of 1935, the school of the Executive Committee was transferred from the territory of the Kremlin in Lefortovo. For the protection of the Kremlin was formed special purpose Battalion (bonus). Bones belonged to the Control of the commandant of the Kremlin, which, in turn, in accordance with the decision of the USSR government was subordinated to the NKVD.

April 8, 1936 issued an order for the garrison of the Kremlin, according to which, Bones was transformed into a special purpose Regiment.

During the Second World war, soldiers of the regiment defended the Kremlin against attacks by enemy aircraft. From the outset of the war, the regiment, by order of the commandant of the Kremlin, came on strong security and defense strategic objects. On the Kremlin wall mounted combat calculations that were operating around the clock.

In 1942 and 1943, on the Volkhov and Western fronts from the Kremlin regiment, were sent to four groups of snipers who, in one year alone destroyed more than 1 300 enemy soldiers. During the war, the regiment suffered and loss, 97 people were left lying on the battlefield.

With , 1952, now it became a Separate special purpose regiment (pspn). On his account there and awards, in may 1965, the regiment was awarded the Order of red banner for valor during world war II. In 1973 was followed by another renaming the Separate red banner of the Kremlin regiment.

The current name, the Presidential regiment, was awarded in 1993 by the President of the Russian Federation.
September 2, 2002, the President's regiment was introduced Cavalry escort.

Day military unit is celebrated on 7 may.
The modern Regiment reports directly to the Supreme Commander of the armed forces of Russia.

Barracks military personnel are in the building Arsenal (Zeughaus). The presidential regiment equipped with everything necessary, at the Arsenal has its own parade ground and gymnasium. Individual units are also in other parts of the Moscow region. 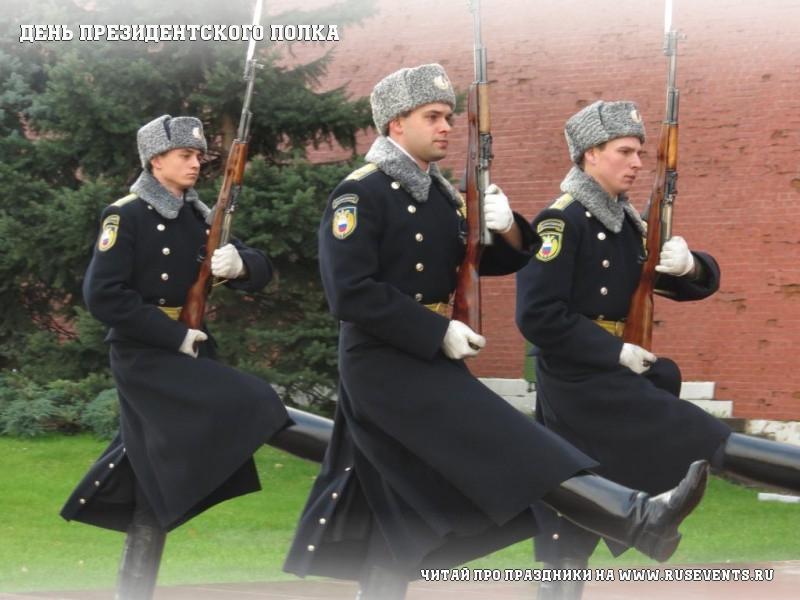