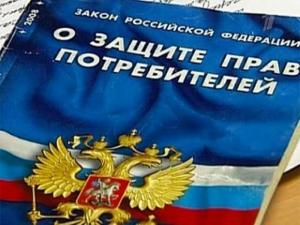 Day consumer protection falls on a day saying President Kennedy fiery speech to Congress in 1961. It followed that the consumer has the right to:

A little later they were joined: the right to compensation of damage to a healthy environment, consumer education, and basic needs. This Day was celebrated on March 15, 1983.

In our country, he gained fame after approval of the law protecting the rights of consumers in 1992.

Federal service for oversight and consumer protection, was established in 2004. SPRF (Consumers Union of the Russian Federation) combines more than 100 urban and regional societies, most of which really works in Russia.

More than one million citizens who SPRF, get professional help.

In the program of the celebrations dedicated to the Day, various briefings and "round table", work phone ’hot line". Today, most manufacturers and sellers, seeing correctly made the claim, not risking to bring the case to court and seek to meet the legitimate claims of the buyers. In the event of a conflict, it is taken for specialists working in the field of consumer protection, and efficiency is greatly increased. Resolved in favor of the victims up to 85 % of claims in the pretrial order.

Annual surveys conducted by SPRF, show conclusively that the citizens of Russia have become much better navigate the laws related to their rights as consumers. Significantly increased their determination and desire to defend their rights. Over the last decade, the proportion of persons who have no idea about their rights to compensation, decreased in 2 times. During the same period 1.5 times increased the number of achieved satisfaction of their claims. Significantly decreased the number of losers and more than 3 times reduction in the number of buyers who have lost hope to find solutions to the problems in their favor.