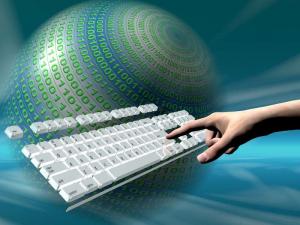 As it turned out in addition to the day of the Internet, there are international Internet-free Day. No matter how many times was appointed the world Internet Day on different dates, to come to one failed. For Russia the traditional  was 30 September. This has started  1998 "IT Infoart Stars» - Moscow-based company, which sent  organizations and businesses your proposal requesting support for their initiative. It consisted of two items: September 30, proclaim "Day of the Internet", each year to celebrate and  run "the census of the Russian-speaking Internet users.  By the time their number has already reached 1 million people. Although some people believe the Day of Runet - 7 April, as  a record of domeney first registered in the world database of national top level domains 7.04.1994 year.  Pope John Paul II in 1998 gave his sanction for the observance of the International day Network. Officially the patron Saint of the Internet has not yet been appointed, although since 2000 temporarily protection world wide web has a Spanish Bishop Isidore of Seville, who lived in 560-636, He is considered the first researcher, had a great influence on medieval history. Therefore, in many parts of the world festival Network is usually celebrated on the day of the ascension of St. Isidore of Seville – 4 April.  There are some States and national days of the Internet. Most often they are confined to the date of enactment of the Internet in this country. And on January 27, the world community celebrates the ‘world day WITHOUT the Internet.  It was organized by  enthusiasts from all over the world promoting their principles with the help of our online community "Do Be.

Scientists  «British Institute for social inventions» in 2002, made a proposal to introduce this, say a little strange holiday because at that time began to notice excessive dependence visitors from social networks world wide web.

To celebrate world Day without the Internet as You want to, but one the most important condition – WITHOUT a computer. Take a break from the online world, look at the world not through the monitor screen: meet with friends, take a hike on the nature, breathe fresh air, visit relatives, go to the club. In "real" too many interesting things that we postpone for later! Allow yourself to have fun, our life does not consist only of work". 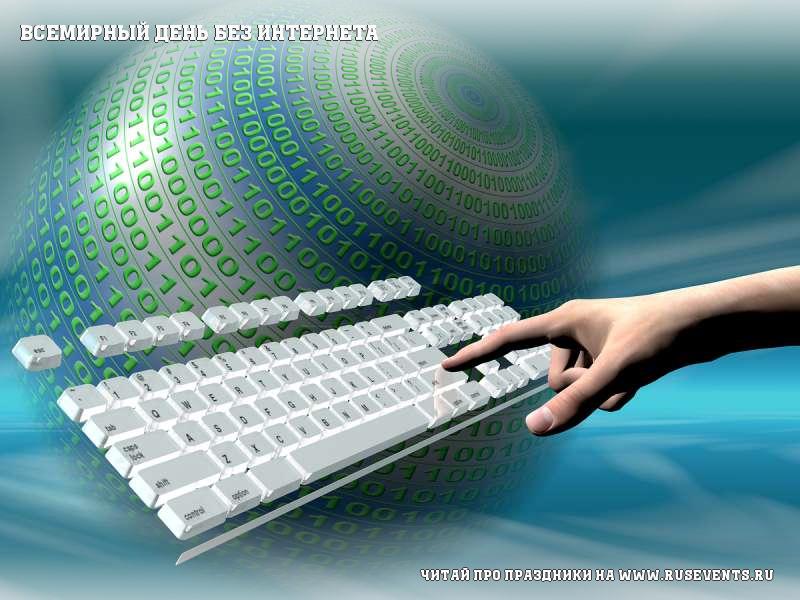