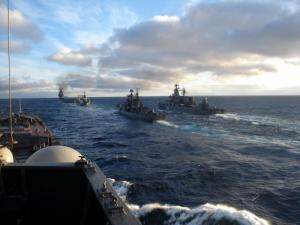 Why is the date of the celebration of this day? Answer – simple: October 20, 1696, at the insistence of Peter I, was made a great decision on the establishment of a permanent naval fleet in Russia. Just this day was his birthday.

Do not forget that the creation of the Navy, gave us a lot of benefits, among which are not only offensive battle and the defense of our country, but a lot of geographical discoveries. For example, world tour to North America, the basis of Petropavlovsk-Kamchatsky and other discoveries, which have received the names of the discoverers. During the terrible of the great Patriotic war fearless Navy was one of the main forces in repulsing the attack of the Nazis, surviving the ordeal, trashing the enemy at sea and in the sky and on land.

And today, the fleet continues to grow. Tested the latest combat guns, the development of new vessels – constantly moving forward and improving. The Russian Navy is numerous, well organized and support the traditions of the Navy, with even more than 300 years of history.

With a glorious holiday! 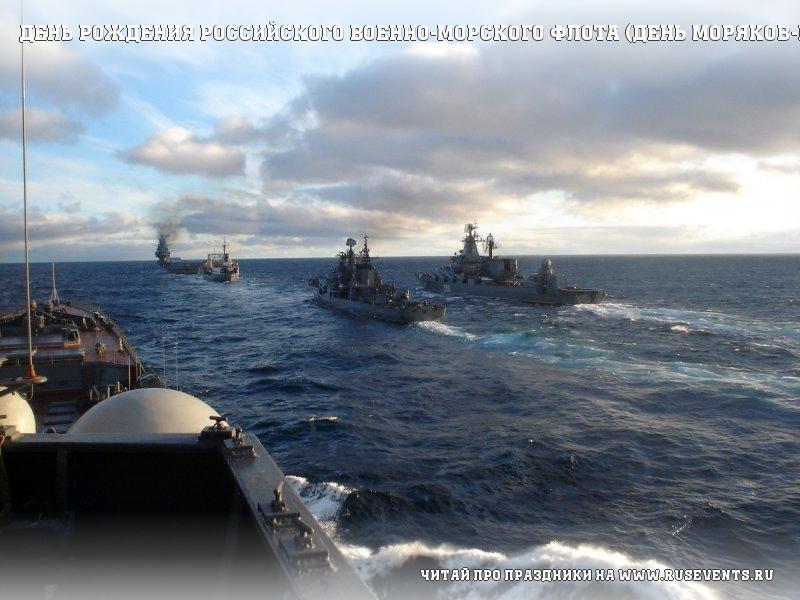