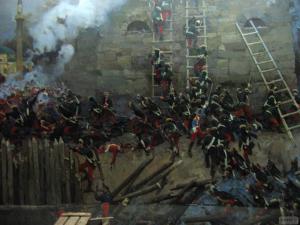 December 24, Russia marks another important date related to the events of the Russo-Turkish war. In 1790, the troops headed by A. Suvorov in this day took the fortress of Izmail. The significance of this event noted in the law “On the days of glory” in 1995.
During the events of 1787 -1791 years our soldiers made a lot of victories. Turkish fortress was a sign of the domination of the Turks on the Danube and the artwork of French and German engineers – it was built, taking into account the latest requirements of fortification. The object was well protected – from the South flowed the Danube width of 500 meters, near the walls of the ditch was dug on 12 meters. Inside the fortress there were a lot of buildings that are required for a successful defence, and about 35 thousand men and 200 guns.

The siege began in November 1790, however, to cope with the task forces could not. Then the command was given to Alexander Vasilyevich Suvorov. Carefully prepared plan of assault, he sent to the commandant of Ishmael message about the surrender of the fortress, but the Turks replied that rather Danube flows up and the sky will fall on the ground than Ishmael will fall. December 24, nine columns and river fleet of soldiers surrounded the fortress. Thanks to the leadership of Suvorov and the bravery of the soldiers after 9 hours Ishmael was taken. Among the Turks died 26 thousand people, from our side were killed 1815 man.

The capture of Ismail – a unique case, because the defeated army, inferior in numbers. Merit Suvorov was marked by Catherine II, who also founded the Golden cross "excellent courage", which were awarded the heroes of this battle. This important date, the exploits of ancestors and rare in the history of martial arts when we celebrate the 24th of December. 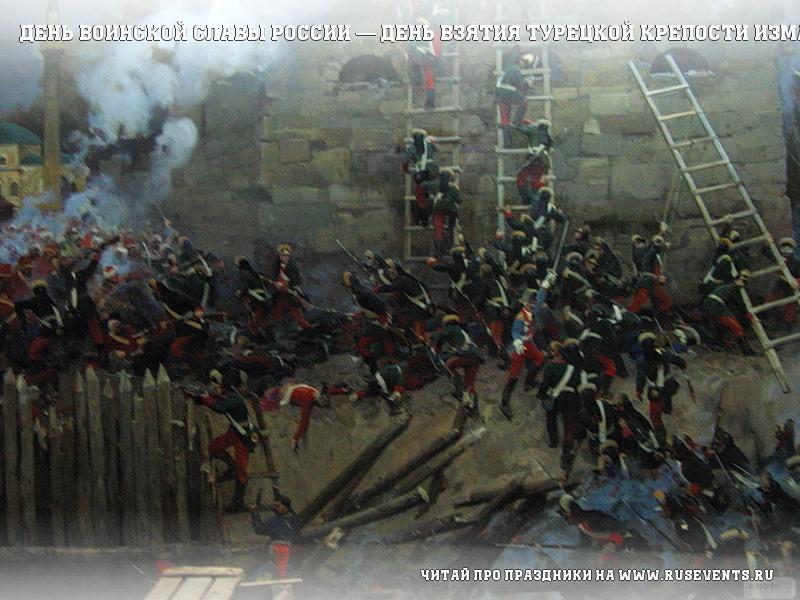