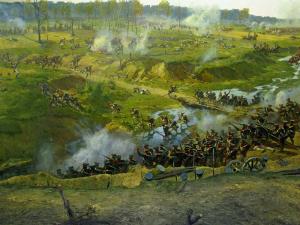 We all know about the events of the Patriotic war, which broke out in 1812 between France and the Russian Empire, when the valiant soldiers of the Russian army, the command of which was in the hands of the legendary M. I. Kutuzov in many fierce battles still managed to defeat the invaders from the army of Napoleon. Today is the day of the battle of this war, which took place near the village of Borodino, which managed to stop the advance of the French, is the day of military glory of Russia – the Day of the battle of Borodino.

Initially the numerical superiority was on the side of the French army – 135 thousand people, while the Russians were only 125-130 thousand Assessing the situation the army of Napoleon rushed to the attack. The Russians fought desperately. The ground everywhere was covered by a layer of bloody bodies of both opponents. The commander of the Russian army, Bagration received a mortal wound.

It seemed that the French were already one step away from total victory. But, without waiting for this outcome, Kutuzov sent detachments of cavalry and Cossacks, so that they bypassed the army of Napoleon and struck him on the side where the opponent does not waited for the attack. While in the French army was in complete panic and confusion, which did not fail to take advantage of the soldiers Kutuzov.

By evening, the Russian army occupied a new position, giving the enemy a mile, but being ready to continue the battle. Contrary to expectations, the French did not dare to continue their attack and turned back.

For over two hundred years, the battle of Borodino, the anniversary of which is celebrated every September 7, serves as a symbol of the greatness of the Russian fighting spirit, his strength and power and is the pride of the nation! 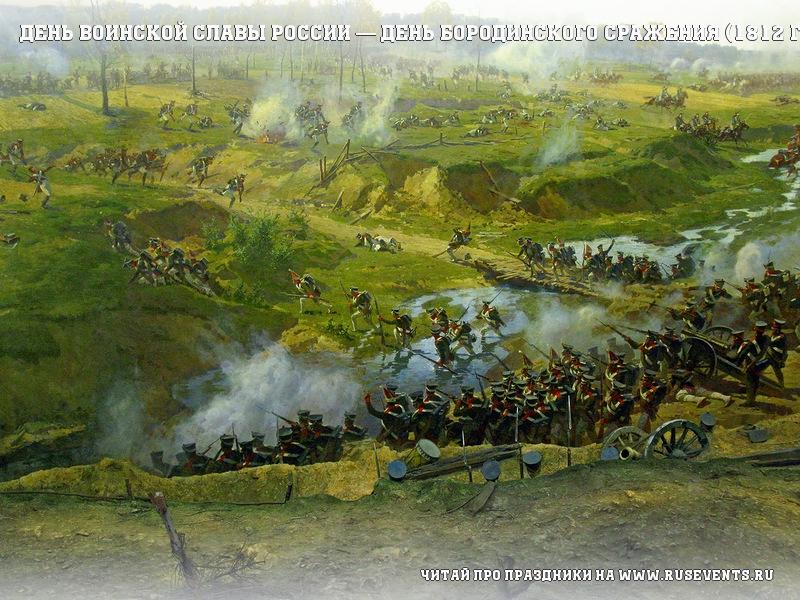