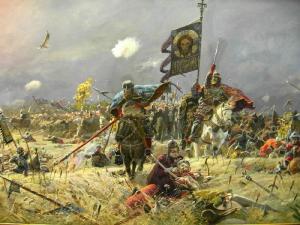 September 21 is the Day of military glory of Russia. On this day in 1380, the great Prince Russian, Dmitry Donskoy, with their mighty shelves, defeated the Mongol army in the battle of Kulikovo.

Great misfortunes had to go through the Russian land under the yoke of the Mongol-Tatar yoke. However, since the second half of the XIV century, in the beginning of the disintegration of the Golden Horde in Russia went active process of centralization of the state after the unification of the Russian lands of the Principality of Moscow. Strengthening this has not passed unnoticed for Mamaia – senior Emir Horde – and in 1378 he was sent to Russia army Murza of Begic, met shelves Prince Dmitry Ivanovich on the Vozha river and broken to pieces.

After this defeat, the mother began to prepare a large attack on Russia. on 21 September, on the field, located near the confluence of the river Naprawy don broke the hardest battle. Grand Prince of Moscow Dmitry Ivanovich personally fought in the first ranks of his troops, and the enemy hemmed friendly Russian armies, unable to withstand such pressure, started off, and then ran away. Troops Mamaia were completely destroyed, which seriously undermined the military power of the Golden Horde, accelerating its collapse.

Victory in the battle of Kulikovo brought to the Great Russian Prince Dmitry nice nickname Donskoy, under which he was canonized, and helped further the growth and strengthening of Russia as a unified state. 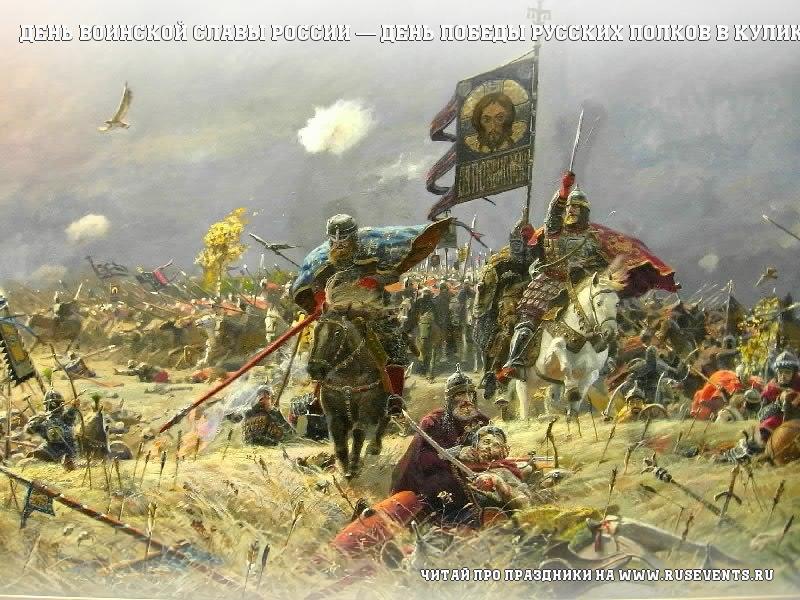