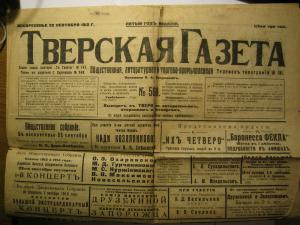 Day of Russian press (January 13) established by the decree of the Presidium of the Supreme Soviet of the Russian Federation of December 28, 1991, N 3043-1 and connected to the historical date — the beginning of the first Russian edition of the printed newspaper "sheet  founded by decree of Peter the Great. January 13, 1703 in Moscow published the first issue of the Russian-speaking Newspapers "sheets" called: "Bulletin of the military and other matters worthy of the knowledge and memory of what happened in the Muscovite State and in other surrounding countries.  Peter looked at the newspaper as an important tool in the struggle for reforms and approval of the might of the Russian Empire.

At the beginning of 2009 in the Russian Federation, there were more than 33 000 publications. On average, daily, distributed more than 20 million copies.

On the Day of the Russian press, since 1997, is awarded the prize of the President of Russia in the field of media and grants to support projects for young journalists.

Professional holiday of printed publications was first established in the USSR. By the decree of the Supreme Soviet of the RSFSR dated 13 January 1991 instead of "Day of the Soviet press” — may 5, which was timed to coincide with the publication of the first issue, the Bolshevik newspaper “True” was created a holiday with a new name. 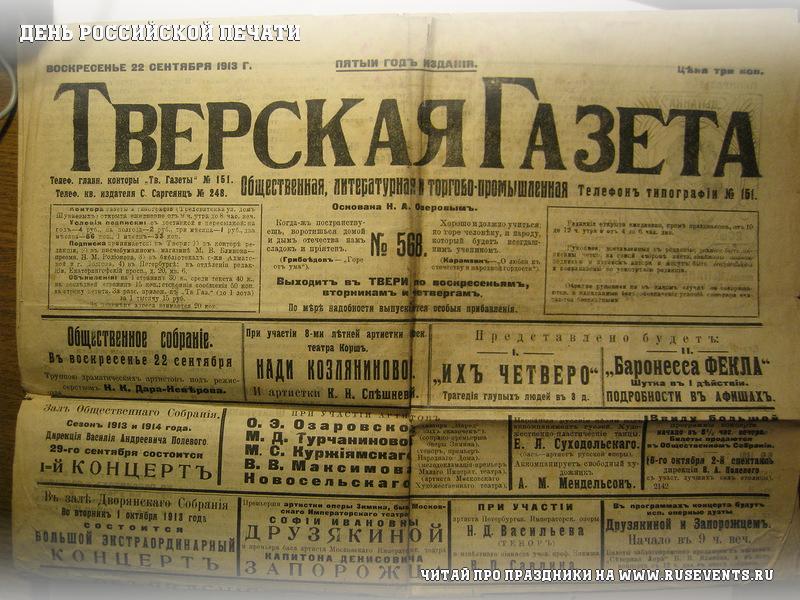