Day of the baptism of Rus

Day of the baptism of Rus 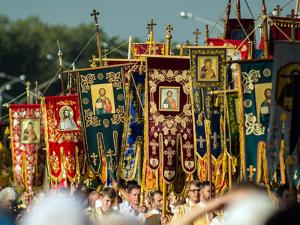 on July 28 of each year in the Russian Orthodox Church honors the memory of the Prince, and since 2010 in Russia was officially celebrated the new memorial — the Day of the baptism of Rus.

Thanks to the Chronicles, which have reached our times, we know that the Baptism of Russia was in 988, and is key to the Russian people the event name of the Holy Prince Vladimir, whom the Church called the Holy equal to the apostles, historians - Great,  and fondly - Vladimir the Red Sun.

Prince Vladimir was the youngest son of Prince Svyatoslav of Kiev and grandson of Grand Duchess Olga. Shortly before his death, Svjatoslav has divided Russian lands between his three sons. Senior, Yaropolk, went to Kiev, middle - Oleg, the earth Pressed, and the youngest – Vladimir began to rule in Novgorod. But soon after his father's death between the brothers began fighting, which editerranean Duke of Russia was Vladimir the Great.

987 year Prince Vladimir Svyatoslavich the great captured the city of Hersonissos, in those days belonged to the Byzantine Empire. Threatening to March on Constantinople, the Prince asked the Byzantine emperors rulers hands tsarina Anna, which is their sister. When the Princess arrived with the clergy in the Chersonese, Vladimir suddenly went blind, in the hope of healing Anna invited him to be baptized. And to do it immediately.

During the baptism of the Great Prince received his sight, and then delighted exclaimed, “Now I saw the True God!”. In Holy Baptism of Vladimir in honor of the Great Saint called Basil. At the same time and happened to his marriage with Princess Anna.  as ransom the Prince returned Byzantine Chersonesos, placing in it the Church of St. John the forerunner and Baptist of the Lord.

Back in Kiev, together with Anna, Prince Vladimir baptized all his 12 sons. Then the Prince began earnestly to eradicate paganism in Russia and destroy pagan idols. Since then and till our time the people of the Russian land honors their faith Christianity and worship our Savior Jesus Christ. 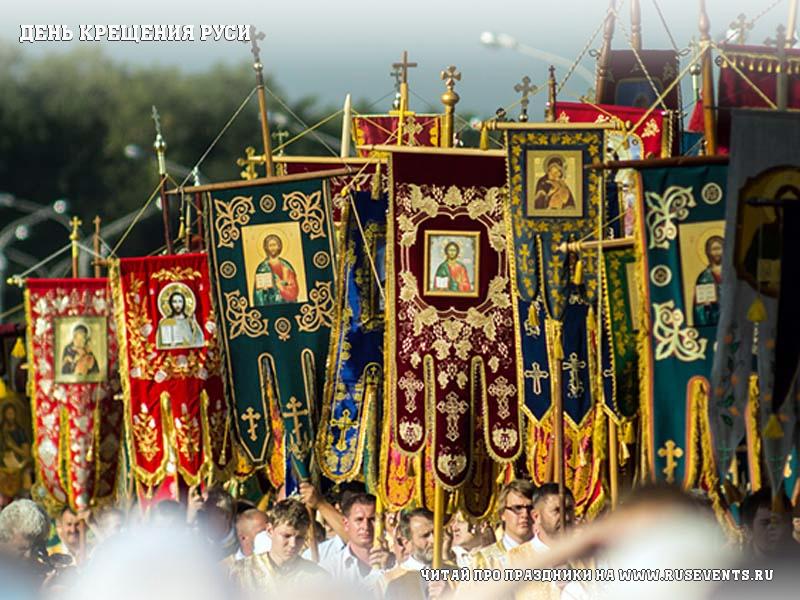