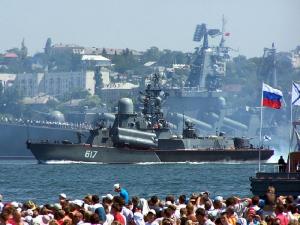 The history of the black sea fleet is rooted in 1783. on 8 April this year by the Empress Catherine II signed a decree on its formation. The main factor in the formation of the fleet was the accession to the Russian territory of the Crimean Peninsula.

And on may 13, the same year, eleven ships were part of the Azov flotilla, came in Ahtiarsky Bay. The Bay had a very convenient location, and even the great commander Alexander Suvorov said that this place is perfect for the strength and stay of the fleet. So, later this place was built the city, later named Sevastopol. He became the main base of the young of the black sea fleet. And in Kherson began construction of a detachment of warships led by Fyodor Ushakov.

In 1785 the fleet entered 5 schooners, 5 battleships, 4 bot and 12 frigates. With the formation of the black sea fleet has significantly increased political influence and power of the state. He has proven himself in the wars with France, Turkey and other countries. But was defeated in the Crimean war. According to the signed in 1856 in the Paris peace Treaty Russia lost the right to the presence in the Black sea Navy. This prohibition was abolished in 1871 due to the London Convention. Resulting Russia began creating steam armoured fleet on the Black sea.

The black sea fleet is a strategic Association of the Russian Navy. Its main base - Novorossiysk, Sevastopol, Tuapse, Temryuk.
Solemn events traditionally begin with laying flowers at the monument to the famous admirals and memorable character "three Hundred years of Russian fleet.  After the ceremony in the Vladimir Cathedral, the old tomb of Russian admirals, held a prayer service for the glory of the black sea fleet and its sailors.

Currently in the fleet are surface ships, diesel submarines, fighter, anti-submarine and Maritime missile-carrying aircraft, coastal troops.
The objectives of the black sea fleet are secure areas of industrial activity and economic zones, navigation safety, the implementation of foreign policy actions designed to strengthen the position of the state. 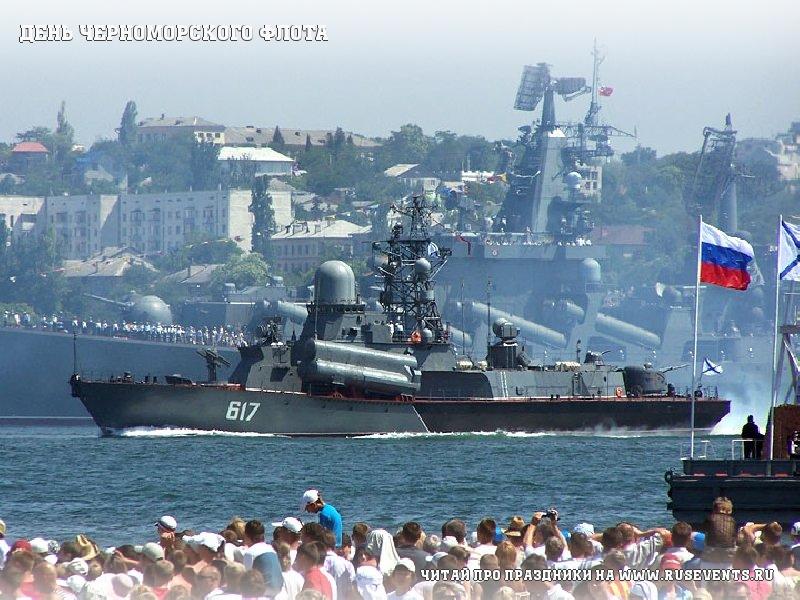