This holiday in Russia was celebrated on 22 December 2000, on the day of the tercentenary of the Foundation of the Russian guard.

Initially, the guard called preference, choice, best trained and equipped units, which was directly in the service of the monarch, and often acted as a personal guard. The first of the guards regiments became the Preobrazhensky and Semenovsky, received its baptism of fire in the Northern war. Also part of the Imperial guard fought in the Russo-Turkish, Napoleonic and First world wars.

Later, in 1918, the Imperial guard for some time ceased to exist in connection with the dissolution of the Imperial army, and then experienced a rebirth in the great Patriotic war. For outstanding heroism in military operations several divisions, cavalry corps, artillery, aircraft and tank regiments, battle ships, cruisers and destroyers were called the Soviet guards.

Guard troops and to this day are the pride and joy of the Armed Forces of the Russian Federation, as well as a sample of what should be our army. The title of the guards proudly worn by soldiers of the people with an indomitable will to win, and never falling spirit. Excellent training, mastery of weapons and special equipment, selfless service to the Motherland – all these qualities endowed modern trooper. 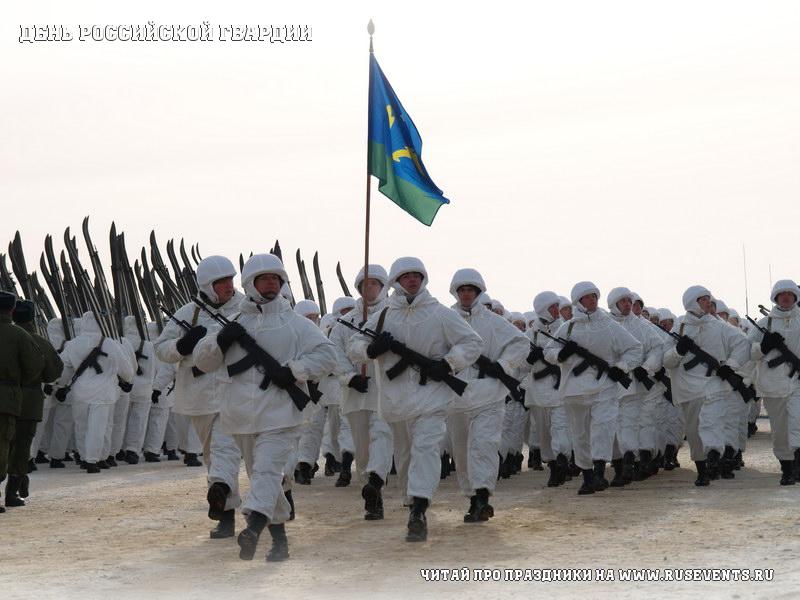