Day of the Russian Secretary

Day of the Russian Secretary

This professional holiday, the international Secretary's day is usually celebrated every year on Wednesday last week of April, appeared full. But we have such a holiday is not officially exist. To make the third Friday of September in the Afternoon the Secretary decided the group of initiators, which was the profession of the major cities of Russia in 2005.

Russian citizens the word "Secretary" is closely linked with the image of a stupid long-legged beauty, and only able that the best way to brew coffee, talking on the phone and play solitaire on the computer. However, in modern life, people in this profession have long ceased to belong to the category of staff, and ascended into a higher grade administrative staff whose task is to ensure smooth and uninterrupted operation of the office. The current Russian businessmen turn to officials for help in finding the right information and documents. At the moment there are about one million secretaries, assistants, managers and office – managers.

By the way, in some countries, as in our Day Secretary falls on different dates. For example, in the United States last full week of April is called the Sunday of the office worker, and Secretary's Day it is celebrated on Wednesday. In South Africa the holiday falls, also in September, only the 5th number.

But, there is another date, which can rejoice Russian secretaries and secretaries. This is the Wednesday of the last full week of April. On this day honoring all secretaries of the world. The festival has an international status. Not every profession has managed to have two significant dates and secretaries lucky. Well, what of it? Congratulations twice! 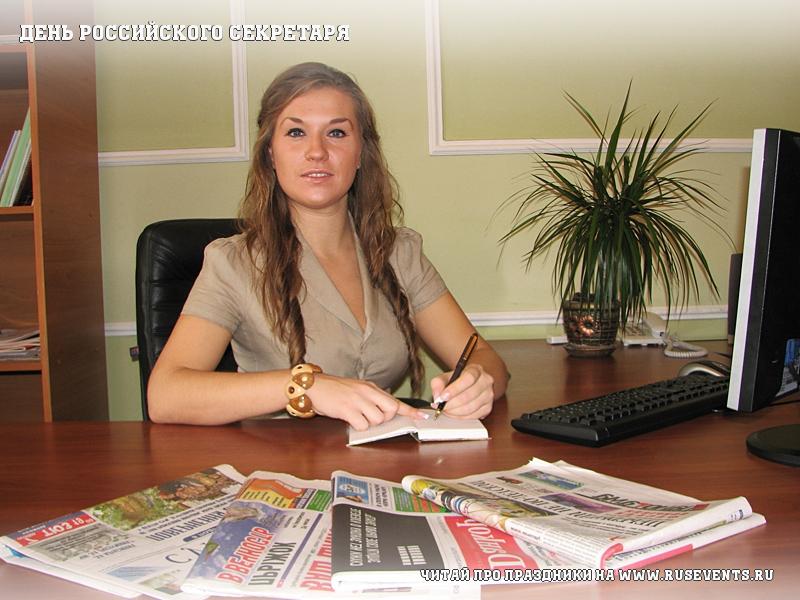