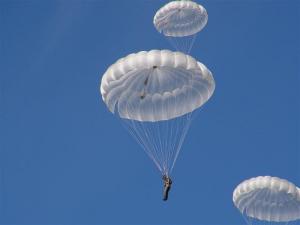 Parachute described as a tent, made of starched cloth, with which people can jump from any height without taking damage, even in the works of da Vinci. Today parachuting are thousands of extremists around the world.

Man, developed, and he designed, tested the parachute and gave him the look that all of us know, was our countryman, tech-taught Gleb Kotelnikov. He could not remain indifferent to the tragic ending of aviation flight and patented his invention under the name “RK-1”, in 1911 he referred it to the military Ministry. However, not realizing the importance of the invention, rejected the proposal Kotelnikov with the phrase “away”.

In 1926 inventor has transferred all of its development to the Soviet government, and at the end of 1929 the decision of the party parachutes became mandatory thing in aviation and Aeronautics. Since aircraft pilots started training on the use of a parachute. And July 26, , 1930, the day, which is considered in our country day parachutist, was made the first ever mass jump with parachutes. This event was the beginning of mass development of parachuting in the USSR.

Now parachuting has many varieties, and jumping from planes and towers in the hundreds of thousands. Skydivers compete landing on the accuracy, range, and massive jumps rebuilds and maneuvers in freefall simply staggers the imagination. Also looks very spectacular dome acrobatics, in which athletes build shapes gleaming domes.

The day of the skydiver is not yet approved by the legislation of the Russian Federation, but, despite this, it is widely celebrated among parachutists, those strong in body and spirit of people who have devoted their lives to this lesson. Flight weather and only successful landings you! 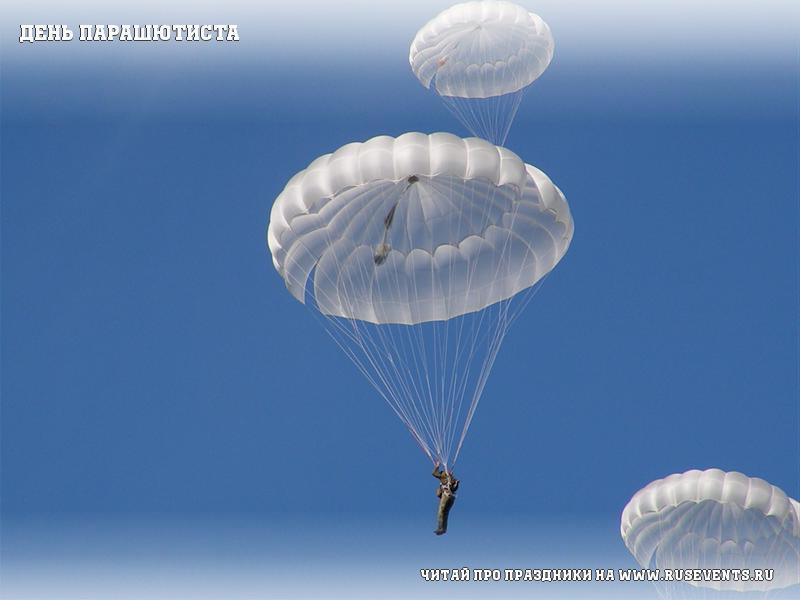