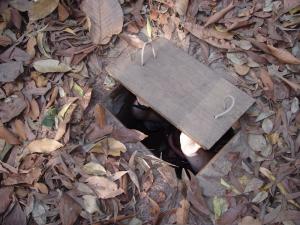 Nice memorable date. Day, when I recall the combat raids of our fathers and grandfathers in the rear of the Nazi occupiers. Day of remembrance of those who remained in their places, to organize guerrilla underground and destroy the enemy from within. Day, when is impossible to pass by the Museum in their hometown and once again not to honor the memory of our defenders. They contributed to the Victory, destroying the German trains with military equipment and manpower. They gathered valuable information and passed it in the Center so that there is better and better can plan another military operation.

Nice, kind, date… Despite the deep sorrow of the people who lost not on front – in the enemy rear millions of its best sons and daughters.

Mourn and remember! Proud and celebrate! It is celebrated in the Russian peoples of the deep internal strength, which do not miss the enemy will rise up and crush it because it ’s someone with a sword will come to us, from a sword will perish! So was. So there. And so shall it be. Because Ivana Susanin infinite.

In 2009 he came, at last, the Day when the partisans and underground fighters became immortalized presidential law and memorable date received official status.

Great were the losses of the Soviet people in the heavy slaughter. But tight went to the enemy. In particular from partisans, destroyed, wounded and captured more than a million fascists. During the war the invaders lost from them more than four thousand tanks and armored vehicles, 65 thousand vehicles, 1100 aircraft. In order to crash the offensive plans of the Nazis, the underground and partisans destroyed 1600 railway bridges, undermined over 20 thousand trains.

Starving yourself, soldier and tried to help the products of the army, and it is quite a feat was unprecedented campaign to deliver supplies to besieged Leningrad, organized by the population of the Novgorod and Pskov regions.

Enduring a country with such people! People, who almost completely during the war behind the scenes was underground! In the centuries will be remembered for his unprecedented feat! 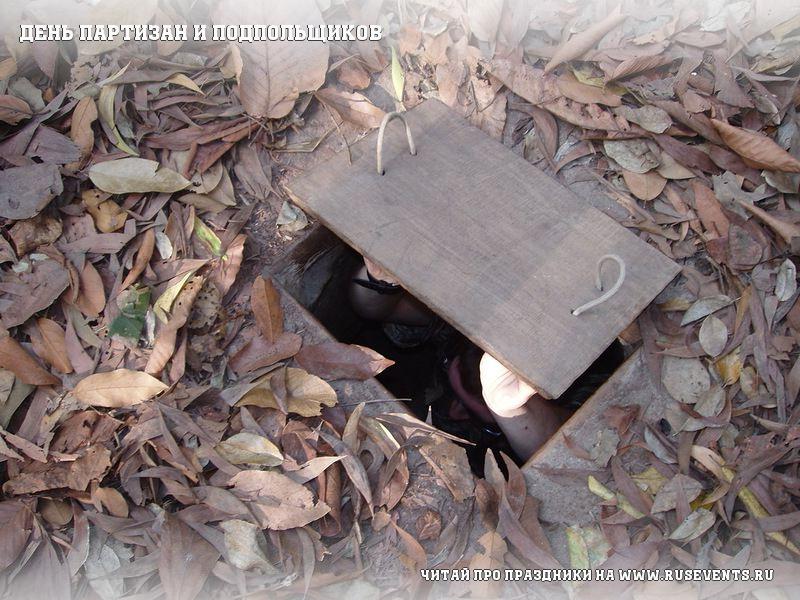