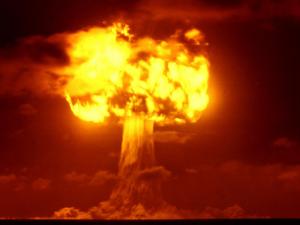 The UN's decree every year August 29 is the International Day against Nuclear Tests. The date was established at the initiative of Kazakhstan in 2009, the UN General Assembly. On this day in 1949, it conducted its first nuclear test in the Soviet Union at the Semipalatinsk test site. In 1991, the anniversary of the nuclear test, August 29, the authorities of Kazakhstan test site was closed.

The very first nuclear test in the world occurred in 1945. Nuclear technology, bearing the name "Trinity" was a plutonium bomb, the power of the explosion was a 21 kiloton of TNT. It is this test can be considered the beginning laid the era of nuclear weapons. Since that time, all over the world was conducted about 2,000 nuclear weapons tests, which resulted in irreparable damage to human health and damaged state of the environment.

Day against Nuclear Tests was first held in 2010 and since then has performed in many countries, which are timed to coincide with this day various themed activities aimed at protecting mankind from the effects of nuclear technology. All these activities contribute to the formation of the situation at the global level, which will open a bright prospect for countries free of nuclear weapons. Noting every year Day of Action against nuclear testing, we are making steps towards a world free and safe and healthy life on a clean planet. 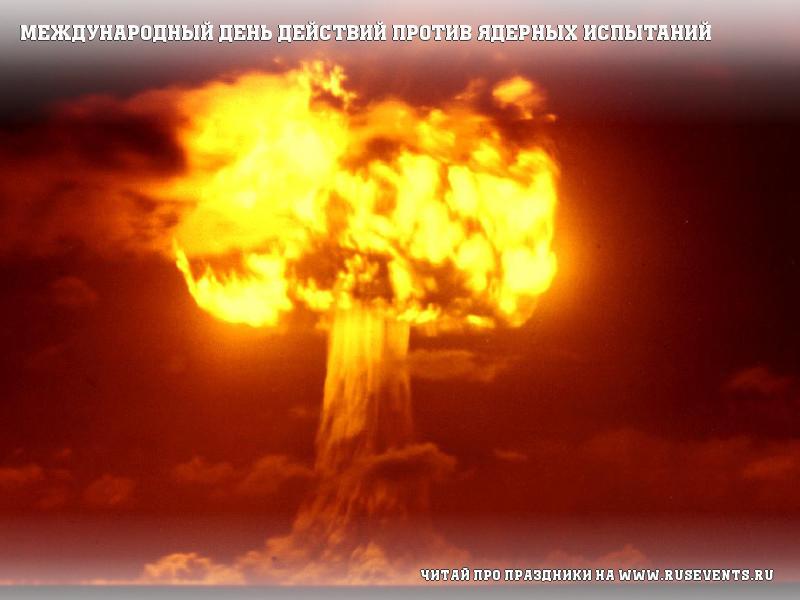