Annually in Russia, victims of crimes are more than two million people. If we consider the statistics of hidden crimes, actually suffered a much larger number of people. Therefore, under these conditions, the significance of the activities aimed at protecting the rights of victims of criminal attacks and terrorist acts, providing financial, legal, socio-psychological, medical, moral and other support. In this regard, every year on 22 February in Russia are public actions in defense of human rights.

In a number of countries currently developed and adopted laws aimed at the protection of citizens who suffered from criminal encroachments, their social rehabilitation, as well as compensation for moral and material damage. In total, worldwide there are about two hundred and assistance programs for victims of criminal acts – from assisting victims of sexual violence and ending with the work of municipal services, are obligated to clean up the crime scenes, continue to free repair doors in the Commission of burglary.

Such programs are really needed by the people, help them faster and easier to cope with stress, to avoid crisis, to receive moral and material support. 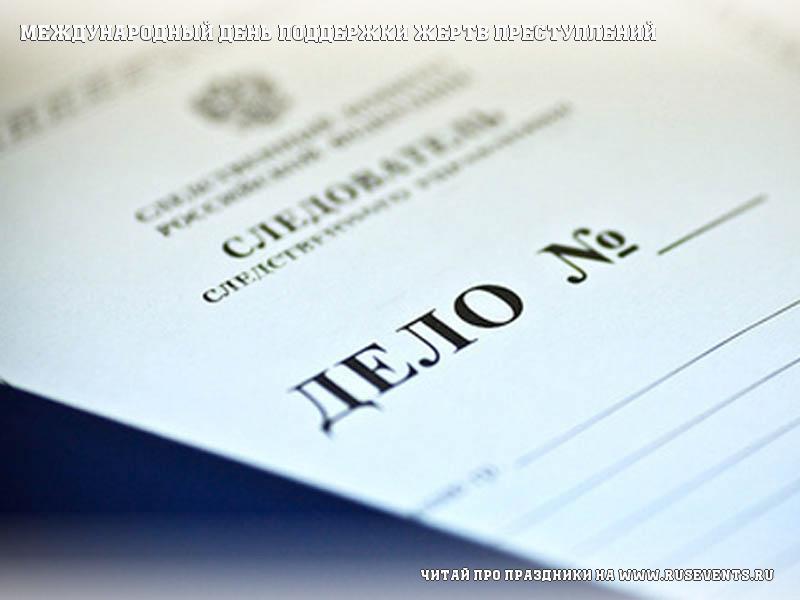