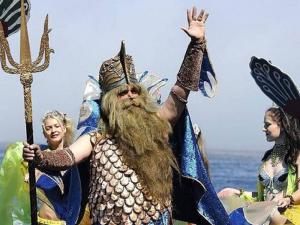 This holiday, celebrated in the last Sunday of July, are often coincides with the Day of the Navy of the Russian Federation, but has a separate history. It began in those days, when people just started to surf on the water. When crossing the equator sailing vessels of ancient sailors often got in the way of the calm. Not knowing that in certain places of the world ocean happens “dead” of the wind, the sailors were forced to drift for weeks, suffering and sometimes dying from lack of food and drinking water. Just for a great sea Lord showed his favor and the location of the brave mariners, was invented this festival, in which Neptune was strongly praised and extolled.

Soon the celebration of the holiday has morphed into a fun initiation for beginners crossing the equator for the first time. This tradition still exists today, on different fleets it passes with a few differences, but everywhere there are the mandatory attributes of the celebration.

The captain of the ship acts as a sea God, and his closest henchmen play environment Neptune – mermaids, water and other vermin. Every newbie to start passes purgatory (large capacity with mud or smeared with machine oil compartment), and then escort Neptune throws him in the pool with sea water, be sure to plunging head first, so he took a SIP of salty sea water. Then tested expects deserved award – a large glass of rum, and a form signed by the Lord of the seas and oceans. This document States that its bearer really crossed the equator and has passed the required rite of initiation into “the sea wolves”, and at the next intersection of the equator this paper frees the owner from completing the ritual again.

Today, the tradition of sailors to celebrate the day of Neptune has become so common that celebrated and sea cruises, and in camps and sanatoriums. This holiday should be relaxing, fun and don't forget to ask for the sea lords fair wind all the schemes and initiatives. 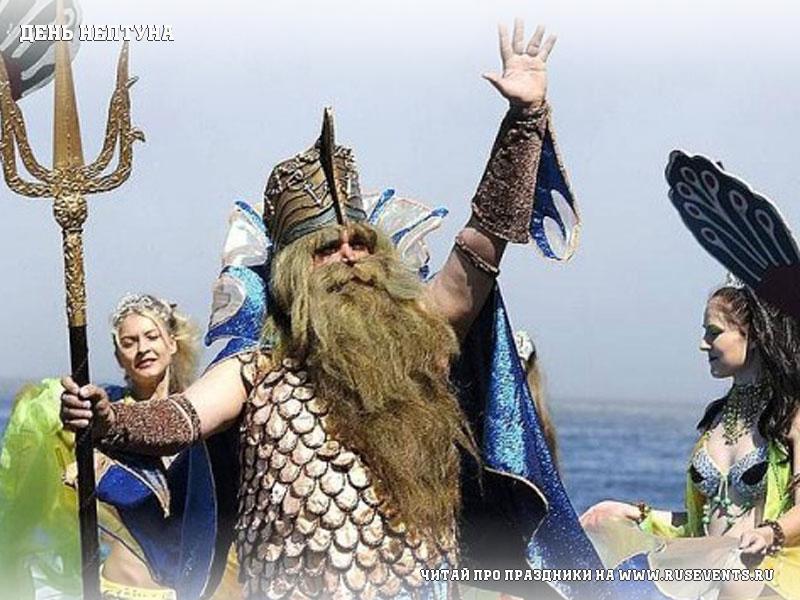