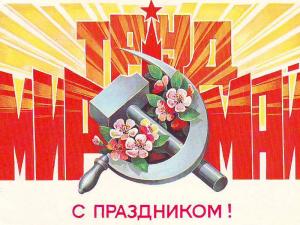 may! Holiday warmth and spring! In the form in which we know it, may day appeared in the late nineteenth century in connection with the requirement of the introduction of the eight-hour working day. This date is associated with events that have occurred in 1886, in Chicago. At that time, the workers went on strike. This demanded a transition to a shorter working day - with pjatnadtsatichasovyh to eight hours. During the clashes of protesters with the police killed six workers were killed and eight policemen.

Due to accusations of working in the organization of the riots four of them were falsely accused and sentenced to death. Executed in memory of the Congress of the Second international in Paris announced this day, may 1, the Day of solidarity of workers all over the world and made the proposal to celebrate it annually demonstrations.

In Russia may 1, labor day noted for the first time in Warsaw held in 1890 strike. Subsequently, the feast began to be political in nature. After the February revolution of 1917, the holiday was celebrated openly, workers marched with slogans against the war and the Imperial government. And after the October revolution of may 1 became an official holiday were held military parades and festive demonstrations. The second day of the feast took place mostly in nature, as the argument.

In the future, may day became mandatory and formal event. Under the stirring music of the workers ' group was held on the main streets with banners and flags. In the stands were the leaders of local authorities and party leaders and veterans. These events were broadcast on TV on the main channels. The main may day demonstration was held in Moscow on red square.

Today the holiday has lost its political character. Since 1992 this holiday renamed the Holiday of spring and labor. Day 1 may, celebrate the great part of mankind, as the Day of solidarity of all workers, is used in Russia to organize trade unions, parties and movements of different actions - all of which are under their slogans. 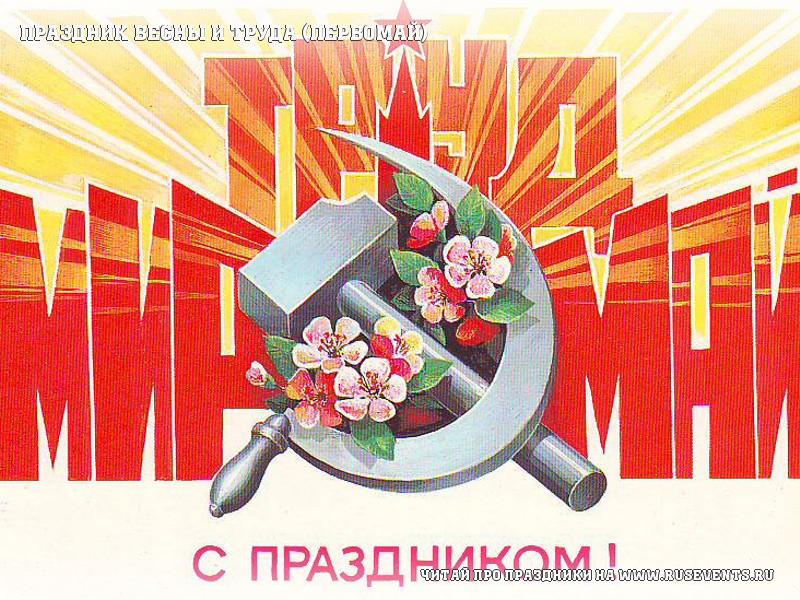