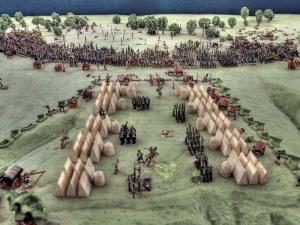 The victory of Russian troops over the Swedes at Poltava was a decisive episode of the great Northern war, which lasted from 1700 to 1721. The main battle for the return of the native Russian lands and access to the Baltic sea, which was fought by the army of Peter the great and Charles XI was held on June 27 (July 8) 1709.

After the reconquest by the Russian Emperor from the Swedish king of Livonia and the founding of the city-fortress in St. Petersburg, Karl decided to attack the center of Russia and captured Moscow. Poor weather prevented Karl fast implementation of the plan, and he was forced to lead his army to Moscow over Ukraine. By the time when the Swedes came to Poltava, their king was wounded, and the army, constantly suffering from the attacks of the Cossacks and Kalmyks, has lost a third of its members. However, this did not prevent the Scandinavians 30 April 1709 to begin the siege of the city.

Poltava garrison, consisting of 4,000 soldiers and 2,500 volunteers, who successfully repelled several assaults in anticipation of the approach of the main forces of the Russian army headed by Peter. Located on the left Bank of the Vorskla river, opposite from Poltava, Peter decided to give the Swedes a General battle on June 16. On the same day the vanguard of the Russian army crossed the Vorskla North of Poltava, enabling the terminal to the whole army. And on 27 June Russian troops inflicted a crushing blow on the famous Swedish army.

In the Poltava battle, the Swedes suffered irreplaceable losses. More than 9,000 people were killed and another 19 000, including all the generals were taken prisoner. The army of Charles XII ceased his existence, and he and Ukrainian traitor Mazepa disappeared on the territory of the Ottoman Empire.

Decisive victory of the Russian people changed the course of the Northern war in favor of Russia and put an end to the domination of Sweden as the main military power in Europe. 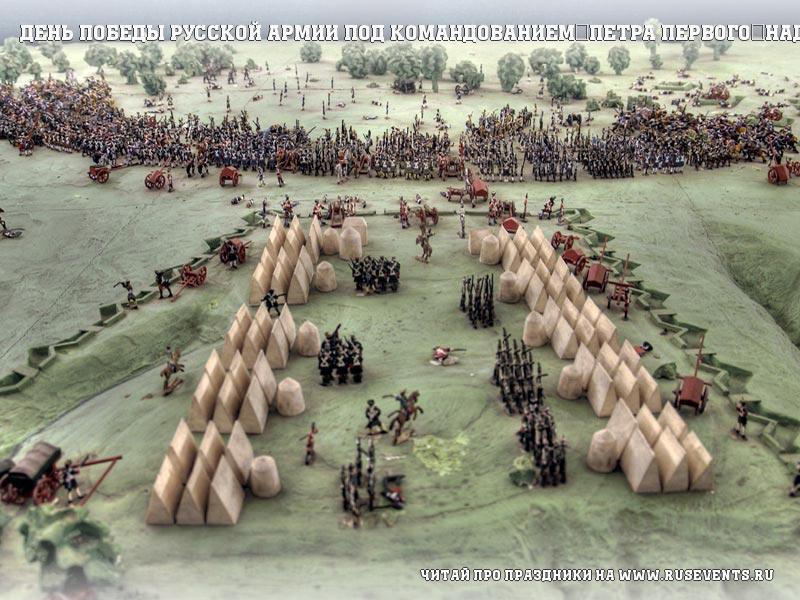