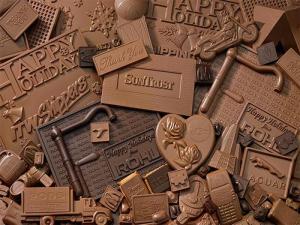 There is an opinion that the Aztecs first learned how to make chocolate, and gave him the name “food of the gods”. In 1519 Cortes arrived in Mexico with their Spanish conquistadors, tasted chocolate drink, which the people of this tribe had given him as a sign of hospitality. Considering the bitter drink, the Spaniards added cane sugar, and that he dubbed the “black gold”, was taken to Europe, where the court of the Spanish king a new delicacy had everyone's taste. In 1615 the efforts of the wife of Louis XIII, Anne of Austrian chocolate debuted on the territory of the French court.

Quite a long time chocolate in Europe consumed only people from aristocratic circles. Prominent women of the time even thought the chocolate aphrodisiac, confident that he will ignite the fire of passion. Long time chocolate was eaten only in liquid form. Only since the late 19th century, after the invention of the hydraulic press, which from cacao beans began to extract oil and mix it with sugar and cocoa powder, chocolate come in the form of tiles, to this day, enjoying great popularity among people of all ages. Later in the manufacture of the chocolate began to add milk and various food – nuts, raisins, various toppings.

Chocolate has a high nutritional value, being energy-dense product with a long shelf life, special aroma and exquisite taste. Modern science has established a presence in chocolate items that promote mental relaxation and recovery. In dark varieties even have substances that stimulate the release of endorphins in the body, the so-called happy hormones acting on the center of fun and uplifting.

Day chocolate was invented by the French in 1995, and since this is the most favorite holiday of the year all the sweet tooth. 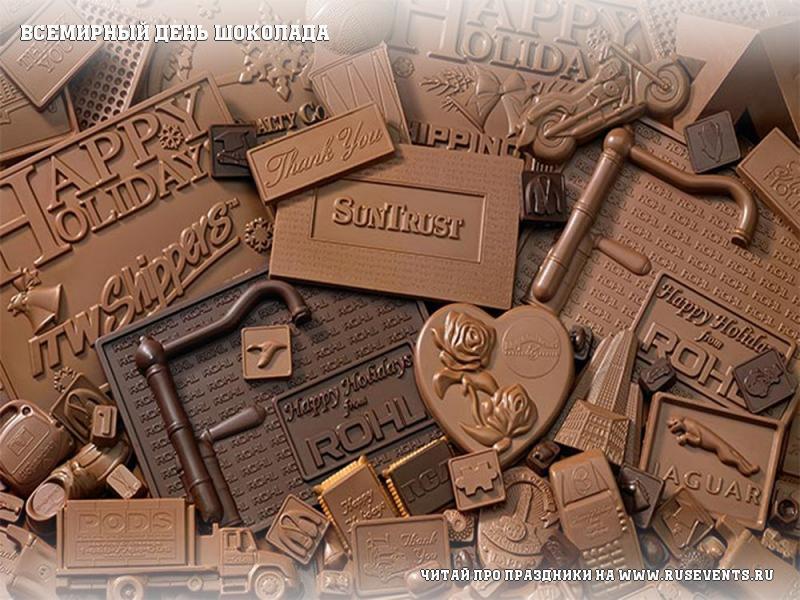