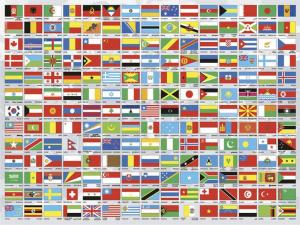 Since 1960, the world population has increased more than twice, in October 1999 crossed the mark of six billion.

Even when growth rates between 1969 and 1999 have already begun to decline, falling from 2 to 1.3 percent, experts suggest that in the first decade of the 21st century, the world population annually will increase to at least 80 million and, possibly, to the 50-th years of this century will reach 9 billion.

In its 20th anniversary, which was celebrated on 11 July 2007, the number of the population consisted of approximately 6.7 billion people.

Population day aims to draw public attention to the urgent importance in the solution of demographic problems. The world population today is growing mainly due to the Asian, African and Latin American countries where, despite high mortality rates, fertility rates are traditionally very large. The birth rate in the Old world now following standards providing a simple reproduction of the population, but has a very high life expectancy.

In Russia's demographic situation combines the worst aspects of these two models of reproduction - low fertility with low life expectancy. Forecasts of the RF state Committee on statistics look depressingly - according to them, Russia's population in 2015 will be reduced to 135 million people, and by 2055-WMD in General can be no more than 50 000 000 inhabitants. Let's hope that the experts are wrong, and the great Russian people will not disappear in the near future with the face of the Earth.