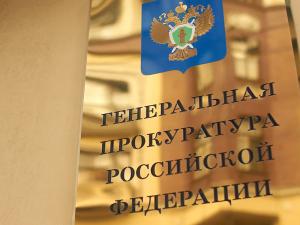 Day prosecutors — professional holiday of workers and employees of the Prosecutor's office of Russia. This holiday is celebrated in Russia annually on January 12.

In 2007, Russian President Vladimir Putin in his letter to the Prosecutor General of Russia dedicated to the 285-year anniversary of the Agency, wrote the following:
…your Agency is a reliable pillar of the state, firmly upholds the principles of law and order. The best representatives of the Prosecutor's case has always been its high competence, loyalty to duty and personal integrity. It is important that the current generation of employees of the Prosecutor's office keeps and increases professional traditions. From you, your perseverance and consistency depends largely on the protection of the legitimate rights and interests of citizens of the country, unity of the Russian state, the effectiveness of the fight against crime and corruption.

This quote gives a clear assessment of prosecutors and their role in modern life.